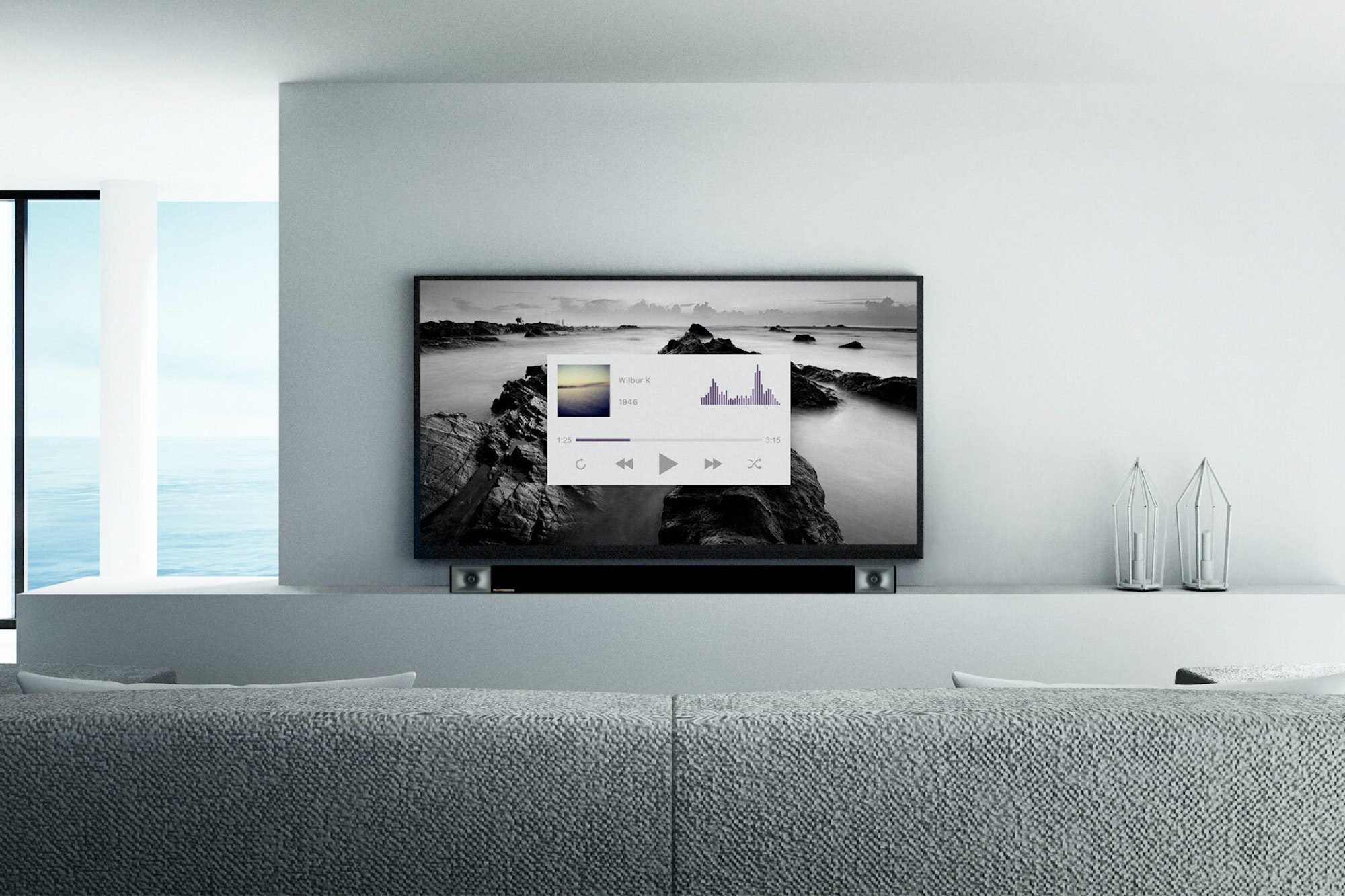 How Does a Sound Bar Work?

I had a coach in roller derby who used the mantra, “raise the bar - rise to the occasion” one season. It was used as inspiration for us to work even harder as teams and to raise our teammates up in hard times.

That same mantra can be applied to sound bars, in terms of how they deliver sound to the audience. They’re an excellent alternative to whatever speakers are built into your television by - wait for it - “raising the bar” on how you hear and experience movies, music, and online jeux.

Beyond the catchphrase, there is a deeper explanation of how a sound bar works to deliver a movie-theater-level experience. We’ll explain and give you some pointers on how to hook up your sound bar to your television.

HOW DOES A SOUND BAR WORK?

The bar is generally positioned just below your television, either on a console or table or mounted to a wall depending on what your space is like.

Klipsch sound bars take encoded sound from the television and process it using our proprietary acoustic technology to deliver a crisp and clear soundstage, right down to being able to hear every word of the dialogue. Words matter and hearing them clearly is extremely important. If you’ve watched any movie written and directed by Quentin Tarantino, you know what we’re talking about.

Going back to the “rise to the occasion” mantra, sound bars are designed to direct the audio toward the audience. Meaning, the sound is coming toward where you’re sitting. If it’s a Dolby Atmos sound bar, the sound will also envelop the room for a true 360° experience.

Klipsch sound bars are outfitted with our technology, including Tractrix® horns, Linear Travel Suspension (LTS) tweeters, and fiber-composite woofer cones on the front of the bar to deliver the soundstage you want. Dynamic, powerful sound goes out into the room for a better experience than just your TV speakers can provide on their own.

HOW DO YOU HOOK UP A SOUND BAR TO A TV?

When we say “easy,” it’s not just lip service. No wood glue or tangle of cords. Often, it’s simply a matter of connecting one cable. Let’s go through a few different options to plug-and-play:

How to Hook Up a Sound Bar via HDMI:

Use this connection method when using external HDMI sources (Blu-Ray Players, jeux consoles, streaming boxes etc.) to play audio/video content, and want to use TV as the source switch. Once all sources are connected to the TV via HDMI, press the 'TV' button on the remote control to output the audio from the external device(s) via the TV's HDMI-ARC function.

How to Hook Up a Sound Bar via Digital Optical Cable:

Most HDTV and 4K TV have an optical digital output, while nearly every sound bar has an optical input. Once your sound bar is hooked up, you can usually use your TV remote to control its volume. Most TV and cable or satellite remotes can be programmed to control a sound bar, or the sound bar can learn your TV's commands. Most sound bars include at least a basic remote control.

Note: You will likely need to buy the digital optical cable separately.

How to Hook Up a Sound Bar via Analog Cable:

How to Hook Up a Sound Bar via Bluetooth Wireless:

Built-in Bluetooth® lets you stream music easily from your smartphone, tablet, or Bluetooth-capable laptop or desktop. This means you can stream your music from any device to the barre de son and add a soundtrack to your workout or chores.

The connection is as simple as any other Bluetooth pairing:

Like we said, plug-and-play and easy integration are not myths when it comes to adding premium sound to your TV.